ManGrin® is a new innovative source of Manganese recently added to the Animine portfolio of precision minerals.

ManGrin® is obtained by a unique process of manufacturing, it is a highly purified manganese source which makes it different from all other manganese sources available to the feed industry.

Some of the key attributes of ManGrin®  are:

Manganese is the 5th most abundant element on earth and is an essential trace element. It is involved in skeleton and cartilage development, immunity, fertility and more. Tested in broilers, ManGrin® revealed significant higher liver content compared to other sources, a sign of higher bioavailability.

*Particular attention should be drawn to the flowability and the homogeneous particle size of ManGrin®. The low content in fines is especially important in the frame of the OEL (Operational Exposure Limit) defined by EU Directive (UE) 2017/164. In Europe, employers are required to monitor and to limit the exposure of workers regarding neurotoxic Manganese dust. 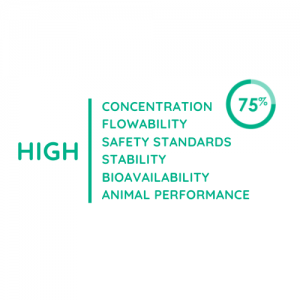 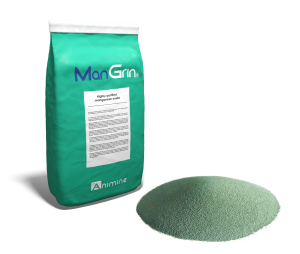